The lights are on at the House on Pooh Corner in the Neighborhood of Make Believe!

The cauldron is now filled with treats and toys and magical fun! 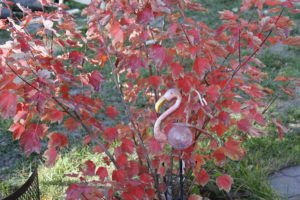 This was once a maple tree. It was called an Oklahoma maple, and had beautiful red leaves the first autumn. It died off, that first winter, but a new tree shot up from the roots. That second main shoot also died off its first winter.

Since then, it has grown some shoots and I have now designated it as a maple bush. 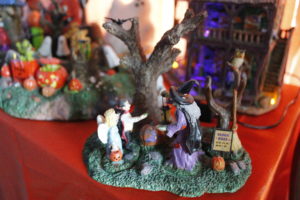 Ended up with my village split this year – I suspect it just might be Greater Hangleton and Little Hangleton. 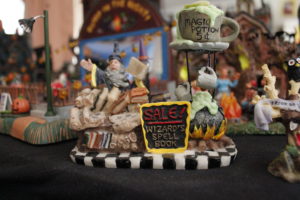 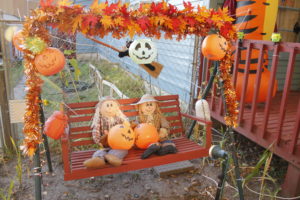 My scarecrow couple is sitting in the swing. I tried to grow corn around the swing, but my garden failed. I planted corn, zinnias, poppies, gladiolas, and sunflowers, all in the three-sided rectangle around the swing. 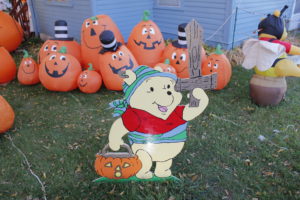 The Pirate Pooh was new for this year. 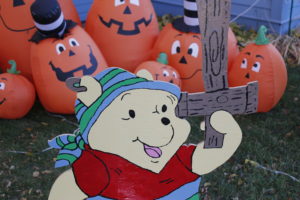 I didn’t realize it until we were setting stuff up, but there is also an inflatable Pirate Pooh. I am sensing a theme here! 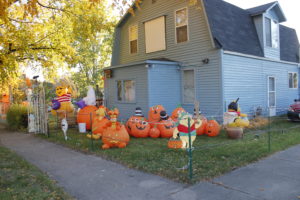 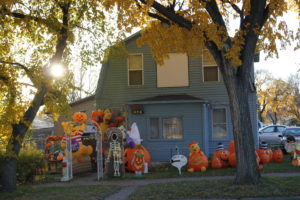 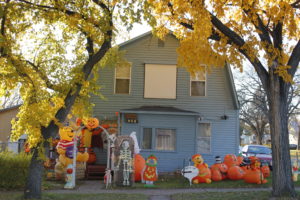 It looks very different after dark than it does during the daylight hours!

Night time at the House on Pooh Corner 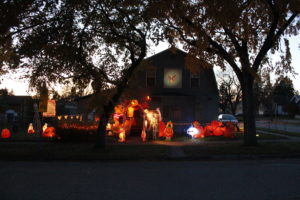 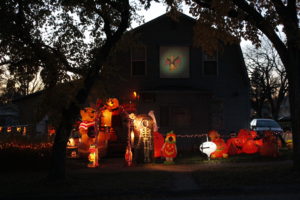 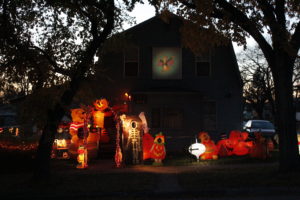 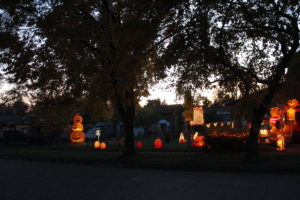 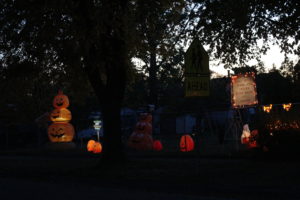 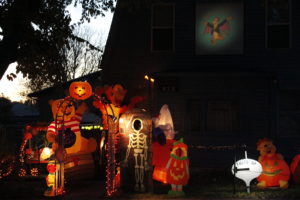