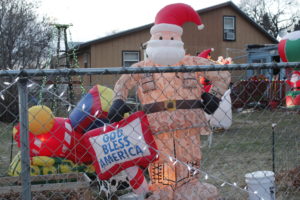 Merry Christmas from the House at Pooh Corner in the Neighborhood of Make Believe! 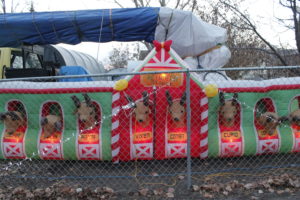 The North Dakota Wind has been giving us some challenges this year – after they underwent their the third repair in our inflatable meatball surgery center, the reindeer in the stable decided it just wasn’t their year. They had a different set of challenges causing them troubles last year. Last year, they were struggling with the large amounts of snow that kept burying the poor reindeer’s heads!

The reindeer have put in a request for a new swimming pool – the stable seemed to do best when it could curve around the outside of the pool. Hopefully Santa is taking notes for his construction elves, as we could not find one for sale locally this last year. 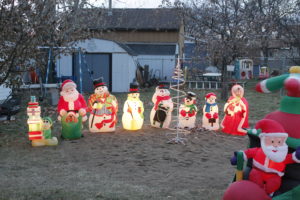 Aside from the wind occasionally playing a fun game of “bowling for snowmen,” the cheerful group of carolers have been having a lovely year so far. 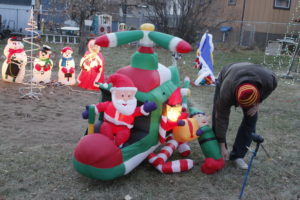 There are a few places where the reindeer have problems landing, so Santa bought a helicopter to visit them! 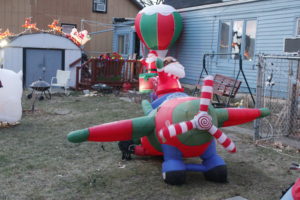 For places a helicopter cannot go, there is always the choice of fixed wing aircraft or the hot air balloon! Santa truly prefers to use the reindeer and sleigh as much as possible, but he feels it is important to keep his options open. 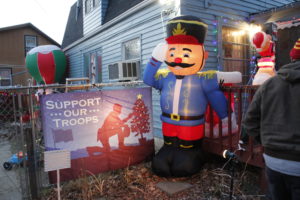 God Bless Them, every one. 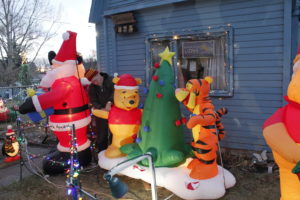 Pooh and Tigger are busy decorating the tree. 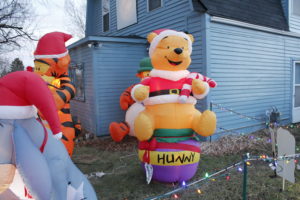 Pooh likes to stop for a spot of hunny – as often as possible! 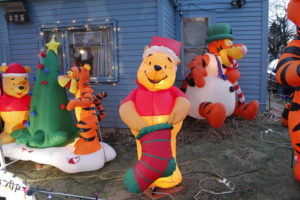 Checking out his stocking… 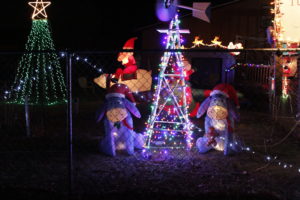 Eeyore likes to hang out by the windmill 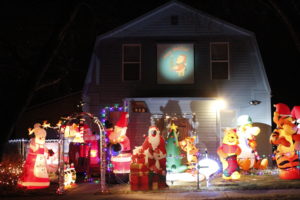 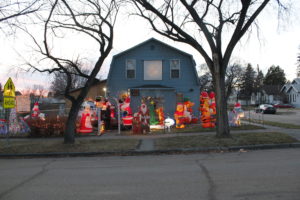 Merry, Merry Christmas from the House at Pooh Corner in the Neighborhood of Make Believe!