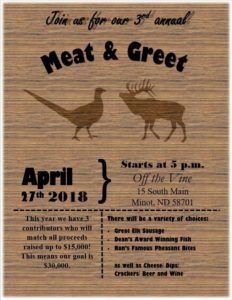 After far-too-long off the dance floor, we are dancing on Friday! 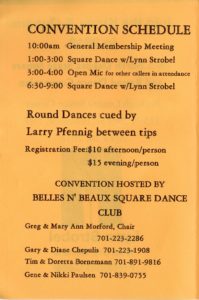 School stuff that matters to me

As there are some declared candidates running for the Minot School Board, I have some points that need to be considered by the school board candidates.

The Minot Public School system needs to provide school bussing for students that live too far away from the schools to safely walk to school.

Originally, the MPS was designed around a “neighborhood school” system. The intent was for all children to be able to walk to the neighborhood elementary school, and that school was located within one mile of the child’s house. Currently, as I understand the plan, the school system is dreaming of switching toward fewer larger schools, with each school then having four sections (classes, most of us ordinary people would call them) for each grade.

If the schools are not going to be located in neighborhoods where children can walk to school, then the school system needs to provide bussing to get the children to the school safely.

The MPS has been pushing for a new middle school, but the bond issue to put it in the current Central Campus building has been voted down. Twice.

Central Campus is actually in walking distance of Jim Hill Middle School. A long walk, but reasonable distance for middle school students. This means the same neighborhood children could walk to either school. A far more intelligent location for the new middle school would be to locate it on the land the school district owns near the new John Hoeven Elementary School. Then Minot would have one middle school located on the south edge, one in central Minot, and one on the north edge of town.

A new high school should be located on the land the district owns near Erik  Ramstad Middle School, or else we could probably save on construction costs by building it in the south near John Hoeven while building the new middle school there. If Minot continues growing, eventually there will need to be one built in both of these locations.