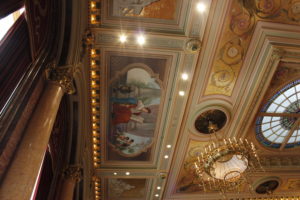 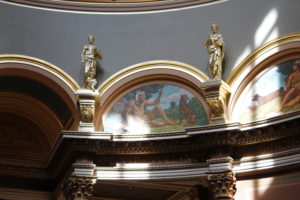 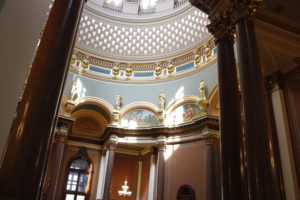 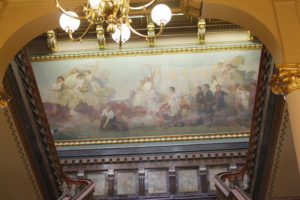 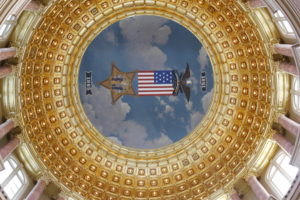 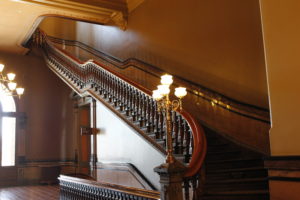 While we were in Des Moines for the 65th National Square Dance Convention, we visited the Iowa State Capitol. Iowa has the most beautiful capitol building! 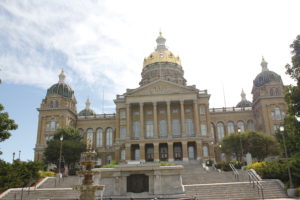 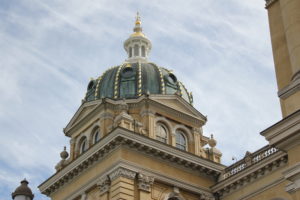 The library is clearly an occasion of sin, because it certainly made me covet!

The spiral staircases leading up to the bookshelves are incredibly tempting. Even a firmly-professed “non-reader” would have their mind changed about loving books, if they could use such a wonderful library! 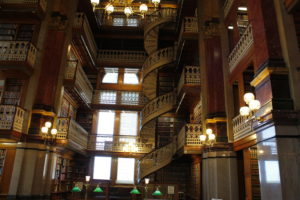 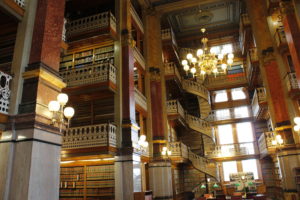 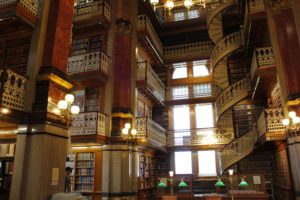 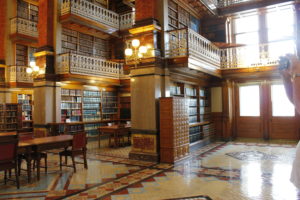 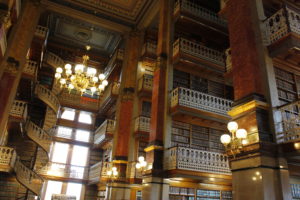 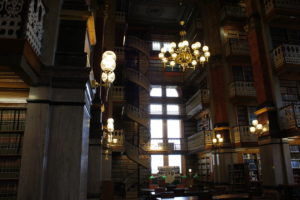 I spent half of the tour looking up, as the ceilings in here are amazing, but even the floors in the capitol building have intricate detailing. 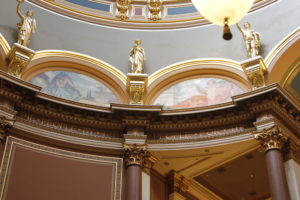 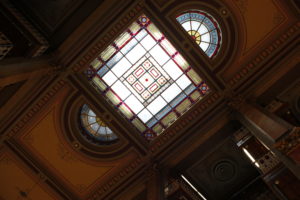 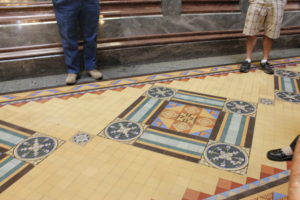 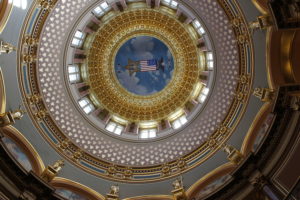 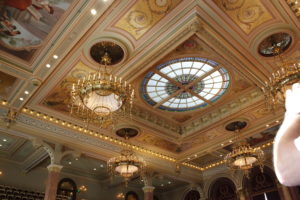 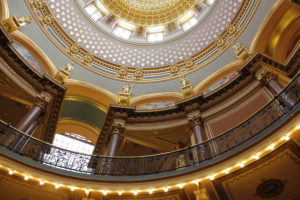 The walls that appear to be wallpapered are actually stenciled with paint, our tour guide explained. They just renovated the Supreme Court room, and put everything back to the way it looked originally. It is no longer actually used for Supreme Court proceedings — they do that someplace else now. While I did not see the “someplace else” the Supreme Court meets now, I am positive it is not nearly as pretty!

The woodwork is hand carved – she said one single carver had made all of those carvings on the front of the Supreme Court bench. 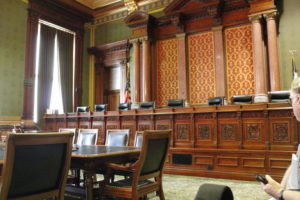 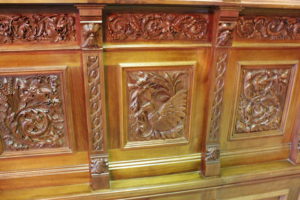 As a doll collector, the display of the Iowa first ladies dressed in their inaugural ball gowns captured my eye.

I had to keep my hands pushed firmly into my pockets to resist the urge to touch! 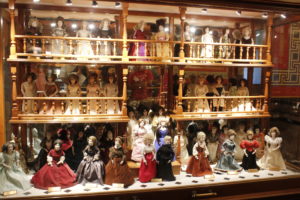 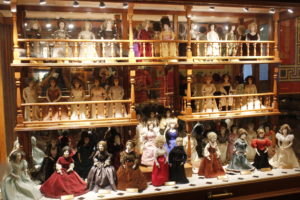 I was greatly amused by the idea that all of the dolls were made with the same face mold — modeled after the first lady who had commissioned the original project.

The picture of the “doggy bags” on the sidewalk post was because I have never seen such a thing before, and I found it to be a wonderful idea. While I was not personally walking a dog, I did see others walking along with puppydogs on a leash, and having those bags and trash cans readily available is a brilliant idea! 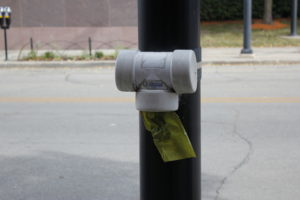